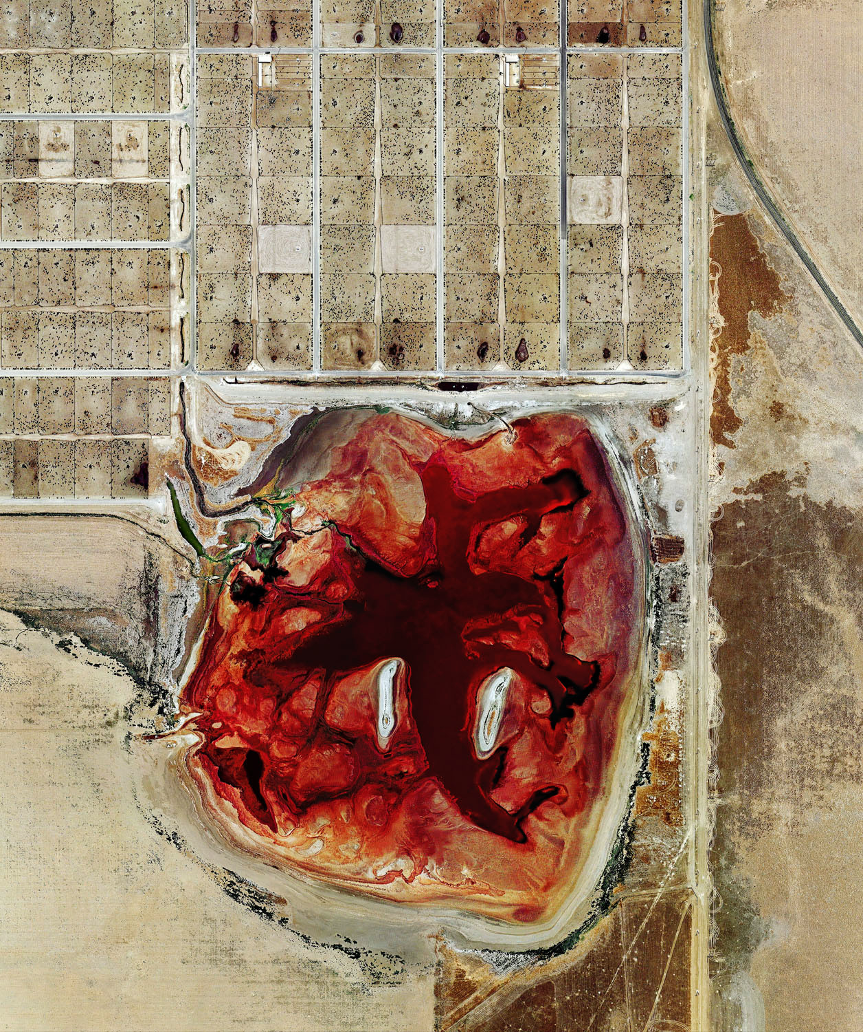 Coronado Feeders, Dalhart, Texas is one Mishka Henner’s Feedlots series (2012-13), an amazing set of images captured from Google Earth that reveal just a few of the thousands of feedlots that exist in North America and elsewhere in the world. The prominent feature that appears like a bleeding wound is a manure lagoon. This is where the liquefied waste of 70,000 cattle is collected and treated with chemicals. Contaminated with chemicals and pathogens, the manure cannot be used for fertilizer and just becomes another source of hazardous waste and greenhouse gas emissions.

Although industrial animal agriculture is one of the main causal factors in many of the current environmental crises, including climate change, it has provoked little interest in either the art world or ecocritical scholarship. Henner’s Feedlots is one exceptions. His seven images were made by stitching together hundreds of high-resolution screenshots from Google Earth into never before seen images that have drawn considerable attention from audiences in various contexts. Using the “Google gaze,” Henner reveals some stark realities of life on the feedlot as well as the scale of the environmental devastation brought about by the global agribusiness.

To learn more about the representation of industrialized animal agriculture in eco art, please read my paper — “Mishka Henner’s Feedlots: A New Perspective on the Ecocritical ‘Landscape’.”