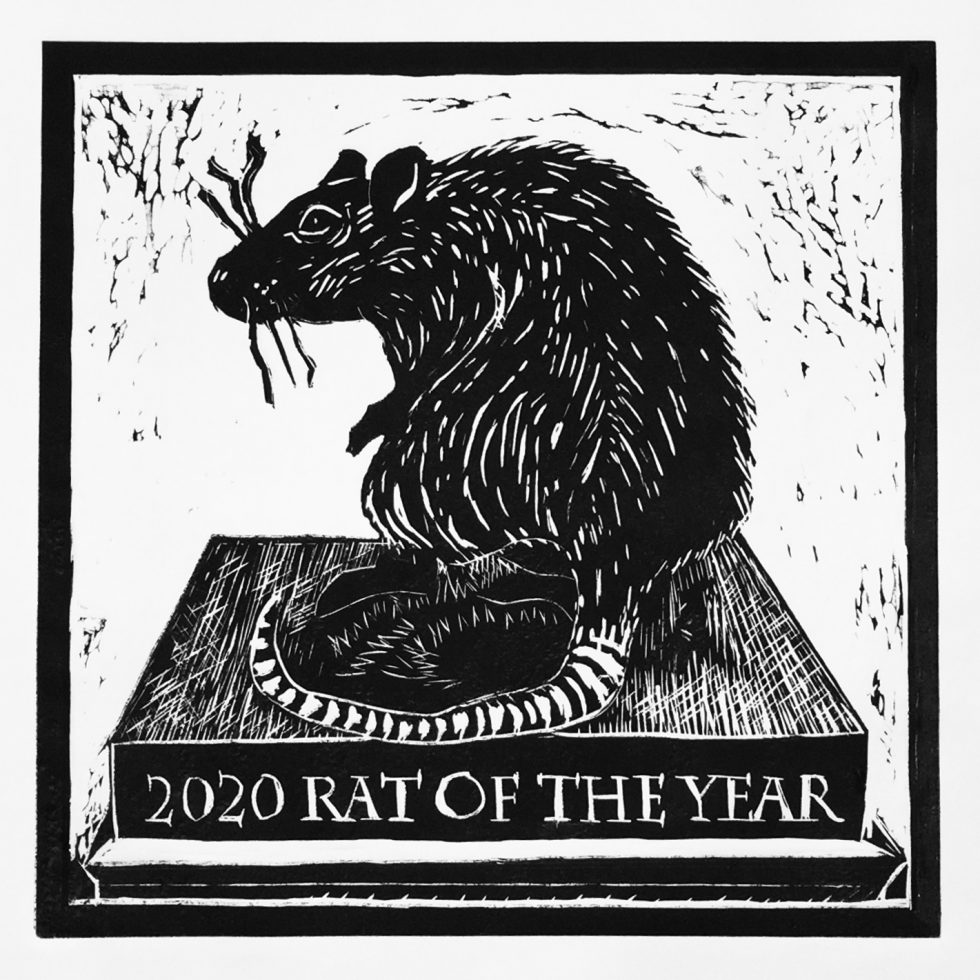 According to the Worldometer, the human population is over 7.83 billion at the time of writing. We are by far the most numerous of mammalian species and the second largest by total biomass, surpassed only by the 1.4 billion cattle that share the earth with us. In fact, all wild terrestrial mammals account for only 3% of the total biomass, with humans accounting for 27% and livestock at 70% (1).

Being one who does not support the elitism of the human species, I often wondered why we refer to certain other animals as vermin, since we and our domesticated animals are spreading like wildfire – and are just as destructive to the environment. One such wild animal often labelled vermin is the rat. Although I was unable to find any firm estimates of the Earth’s rat population, David Suzuki claims it to be much lower than the human population (2).

People love to hate rats, usually identifying the long naked tail as particularly disturbing. I will confess a bias — I had pet rats when I was young and found them to be friendly, playful, very clever and clean.

As mammals, rats share many physiological characteristics with humans. Since they occupy the same environments and often eat the same food as humans, they often suffer from the same diseases. Rats are intelligent, resourceful, adaptive, and have a high reproductive rate. These traits have made them a prime research model for science and medicine since the first albino lab rats were bred around 1900 (3).

According to the Chinese zodiac calendar, 2020 is the Year of the Rat, starting on Jan. 25 and lasting to the 2021 Lunar New Year’s Eve on Feb. 11. According to a Chinese legend, the Rat became number one in the twelve-year cycle because of its cleverness and alacrity. The story goes that the Chinese supreme Jade Emperor held a birthday party to decide the order of the zodiac animals according to their arrival times. Wanting to win, the hardworking Ox departed early; however, the Rat hid in the Ox’s ear and jumped down on arrival ahead of the Ox, thereby taking the first place. (4)

Before the pandemic shutdowns I decided to make a large 12 X 12 inch linocut paying tribute to the Year of the Rat. Since we all like to get awards, celebrate success and be centre stage once in a while, I imagined a big beautiful male rat on a pedestal receiving accolades from his family and community, or a statue of a hero rat admired in a gallery.

Since it is almost year end, I decided to publish the first version of my 2020 Rat of the Year print, although the planned companion piece showing the admiring female and her young is not yet complete. I am also thinking of doing some smaller linocuts of baby rats to complete the family portrait—they are so cute! I have included my sketches below. By the way, did you know that baby rats are called kittens?